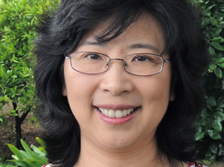 Dr. Liu holds a Ph.D. in Demography and Medical Sociology from the University of Southern California. She worked as a research scientist at the Los Angeles Cancer Surveillance Program (CSP) for many years, before joining the faculty of the Dept. of Preventive Medicine as an Assistant Professor of Clinical Preventive Medicine in 2008. Her interest in population and health found the ideal laboratory at the CSP, the population-based cancer registry for Los Angeles County. She was fascinated by the dramatic differences in cancer risk by race/ethnicity and socioeconomic status and learned to understand the values and challenges of using cancer registry data for research. She has contributed significantly to the enhancements of cancer registry data nationwide through participation of the developments of population estimates by detailed racial/ethnic groups and better identification of race/ethnicity in cancer registries. Her research interest is in the impact of social, economic, cultural, behavioral, and environmental factors on the development, diagnosis, and survival of cancer. Compelled by the alarming fact that immigrants in the U.S. quickly lose their healthy advantage after arrival, Dr. Liu assembled a multidisciplinary team with 12 faculty members from 8 USC schools to propose a new public health initiative to promote healthy behaviors and lifestyles in immigrants and to enrich and redefine American way of living. This visionary proposal recently received the USC Collaboration Fund Award. The group is poised to explore the new path and to inspire and attract interested faculty and students to join the effort.